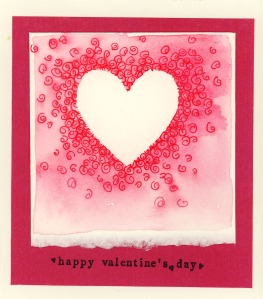 “There is a story, always ahead of you. Barely existing. Only gradually do you attach yourself to it and feed it. You discover the carapace that will contain and test your character. You find in this way the path of your life.”
Michael Ondaatje, The Cat’s Table

It started innocently enough. Working out at the gym one February day in 2009, I was well into my rhythm. Suddenly I felt my heart start pounding. The heart monitor on the treadmill went up to 165 beats per minute. Wow, that’s not right. I stopped. I sat. I felt strange. As spring progressed, I tried to be more active. Sometimes I felt a thumping and pounding. I soon learned this was the precursor to a rapid flutter that would leave me feeling wretched. It always passed, but something was wrong inside. The doctor thought I might be anxious. I didn’t feel any more anxious than usual. Something was wrong, and I persisted in finding out what it was. I wore a recording heart monitor. The last day, after I had downloaded the data over the phone, a cardiologist called me and insisted that I be seen right away. My heart rate had been nearly 190 beats a minute, and it was a wonder that I had not passed out.

Now the doctors were really interested. There were more tests and my heart went into its dance while I was wired to machines, and a cardiologist witnessed the whole event. It’s called Paroxysmal Atrial Tachycardia. Or the heart speeds up for no apparent reason. It’s an electrical problem. I had three options: live with it, take medication to control it, or have a procedure to fix it.

I chose the procedure. It was scary, but I wanted my life back. I wanted activity, good health, and the ability to get to the mountains under my own power. The procedure was performed in a Seattle hospital. I was sedated but awake while a catheter was inserted into a femoral vein. I watched on the monitor as it snaked into my heart. The electrophysiologist stimulated my heart with electricity, searching for the place that was causing the abnormal rhythm. They sped my heart up and slowed it down, which was profoundly uncomfortable and disconcerting. After a long time, I heard him say “That’s odd.” Then he was at my side saying that he couldn’t find the spot to cauterize, and that I would have to take medication. I was wheeled to a room to recover from the punctured vein. My mom and good friend were waiting, worried because I had been gone so long. “It didn’t work,” I told them and felt hot tears leaking out of the corners of my eyes.

When my vein was stabilized, I was sent home with a prescription. It had been a long July day, and I laid in the back seat of the car as we headed home over the mountains in the dusk. I looked out at the beloved peaks and wondered if life as I knew it was over.

I took the medicine. Slowly I regained strength, and recovered enough to monitor a wilderness fire later in the summer. Slowing down is normal for me in the fall, as my body responds to the seasons. But I was too slow. I struggled to get up in the mornings. One day I fell asleep on the trail. I staggered with my eyes closed, just trying to catch up to the crew. My heart rate was 48 beats per minute, and I heard them talking about calling a helicopter. I woke up enough to refuse. There was no place to land, and I was not about to be winched up in a basket. I rested and walked out by myself.

The doctor didn’t see how such a small dose of medicine could mess me up so badly. So I stayed on it. The antidepressant I take for seasonal depression seemed to have no effect. As winter progressed I sank deeper and deeper. I was barely functioning. I tried to get to the cardiologist, but had to wait a month for an appointment. When I did see him, he was concerned enough to consider changing the medication. But first I needed a test to make sure I did not have coronary artery disease. I had the test and my arteries were fine. But depression got me anyway.

Nine days before my fiftieth birthday, I was so despondent that I couldn’t get out of bed. I couldn’t bear the thought of talking to anyone, but managed to send an email to my closest friends. Within twenty minutes they arrived to see what they could do. Calls were made to get me to the cardiologist and therapist. My medication would be changed the next day.

In the morning I was in the shower when the chest pains started. I thought I might pass out. It seemed like a good idea to get out of the shower and get dressed so that no one would find me naked and unconscious. Dark spots swam before my eyes. Just like they said in CPR training. But I couldn’t be having a heart attack because my arteries were clear. I crawled to the phone and made a call, then just laid there resting on the floor. The front door banged open. My friend picked me up and hauled me to urgent care. I remember apologizing for the drama. Within about twenty minutes, I was bundled into the back of an ambulance and hustled to the regional hospital at high speed. It was a blustery March day, and I watched a rainbow over the mountains of home out the window. This was really happening to me. All I could do was roll with it.

I did not have a heart attack.

I had Takotsubo cardiomyopathy, or Broken Heart Syndrome. The emotional distress caused a systemic reaction, and my left ventricle stopped working with the other chambers of the heart. It quivered. It no longer sent oxygenated blood to my extremities. The cardiologists said I would probably recover, but I would be more tired than I had ever been in my life. It would take months.

The five days in the cardiac unit were just the beginning of the journey. There is as much wilderness inside the body and mind as there is in the outside world. When I was sent home, I was forbidden to work for a month. It was all I could do to walk to the bathroom. I couldn’t believe how weak I was. While my body healed, I also had to heal my mind. Waves of grief rolled over me as every loss I’d ever known returned for a visit. I had never felt so vulnerable, and I was too weak to fight it. When my stubborn independence tried to rise up, I got humbled again and again. It was time to learn to ask for help and receive graciously. And also receive what was freely offered, which was an outpouring of support that I could not have anticipated.

The broken heart opens. The walls and defenses crumble so there are no barriers to feelings going in or out. It seems to me that there is a Big River of Love flowing under the world. This is always available to us. It never dries up. All we have to do is wade into it and let it flow around us. Part of my healing was learning to still my mind through meditation. The stillness didn’t always come, so I practiced riding the waves of emotion, just noticing and feeling without judgment. I practice to this day. I hear the constant murmur of that big river, and I know that the person who most often needs compassion is myself.

I made a full recovery. I take medication for tachycardia. My body and mood feel stable most of the time. The heart craves the movement and activity. It wants to exercise and not be coddled even though it insists on its own funky rhythm. The heart is both tender and tough, exquisitely intertwined with the whole self as well as other hearts. My gratitude extends out in a wide circle, starting with my mom who drove to the hospital to be with me and supports in lots of ways. To Tim, who picked me up off the floor and has acted as guardian angel. To Jon and John who make me laugh and watched over me on my first post-hospital trip to Waptus. To Mikki who helped fix my truck. To Margy and Pico who always help. To Eydie and Tish for sharing the symbols and metaphors. To those I don’t know who donated leave so I could be paid during my convalescence, and all who sent encouraging messages. To Rick and Katie who were with me when I finally got back to the Kendall Katwalk. The love is boundless.

February is Heart Awareness Month. The point, I am sure, is to remind all of us that heart disease is widespread and mostly preventable. It’s a time to remember those who have died and suffered. There are lots of things that can go wrong with hearts, and you don’t realize how fundamental this one organ is till it malfunctions.

This is a long story to say thank you to all the other good hearts. To encourage the care of hearts, and tending to the mind/body connection. To wish that all of us find our way to the Big River of Love that flows under the world, and know its presence always.

4 thoughts on “Another Heart Story”