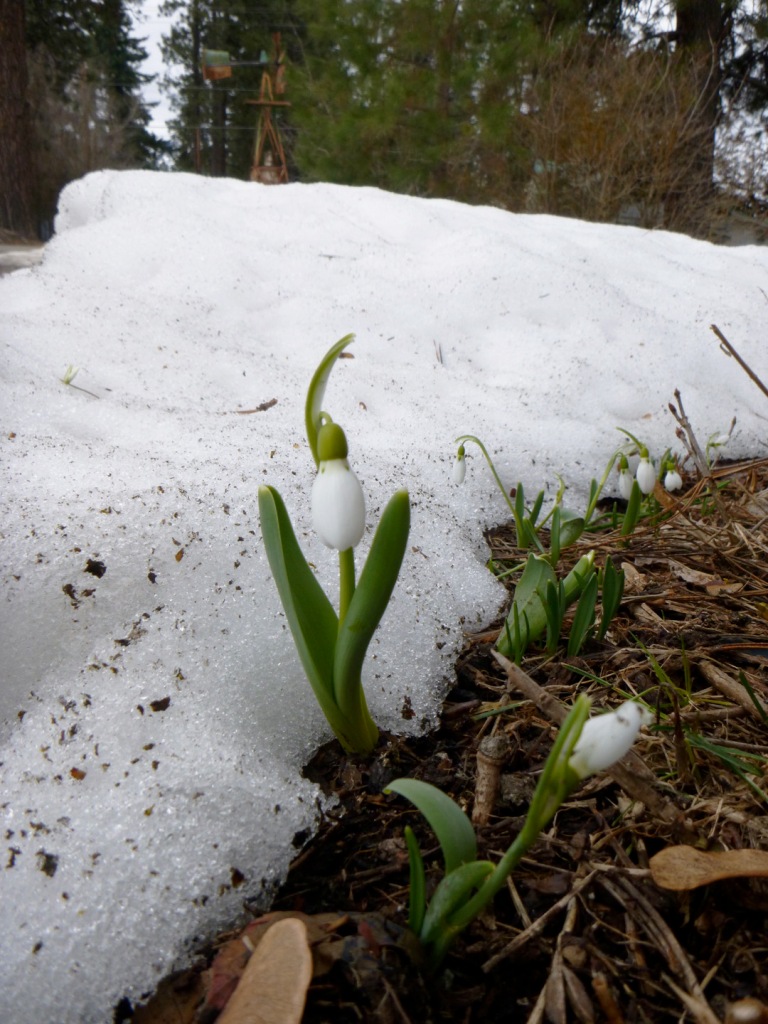 The book is Wabi Sabi: The Art of Everyday Life by Diane Durston. This morning I opened it at random as I sometimes do, and this is what I read– “I believe that a simple and unassuming manner of life is best for everyone, best both for body and mind.” Albert Einstein said that. On the opposite page is a quote from the Dalai Lama–“If one’s life is simple, contentment has to come. Simplicity is extremely important for happiness. Having few desires, feeling satisfied with what you have, is very vital: satisfaction with just enough food, clothing, and shelter to protect yourself from the elements. And finally, there is intense delight in abandoning faulty states of mind and in cultivating helpful ones in meditation.”

Wow. And then during my morning internet reading session came the news that today is the International Day of Happiness. I had no idea there was such a thing. It’s already a good day, being the vernal equinox and my birthday–the one day of the year when I feel I can be most self-indulgent. To contemplate happiness on top of that makes for a potent combination.

If I have a philosophy of life, it would have to be described as wabi-sabi. It’s an untranslatable Japanese term, an aesthetic notion that evolved with the tea ceremony. It has come to refer to that which is imperfect and unfinished, maybe tarnished with age and a little melancholy, like the sound of geese flying over in the autumn. Wabi-sabi prefers the natural and organic, so anything that is made by human hands should reflect the natural world. Wabi-sabi has time; it is the opposite of hurrying. Wabi-sabi pays attention to the small and insignificant. Wabi-sabi does not differentiate between the material and the spiritual. This approach is a source of contentment as I go about my life. The secret to happiness was revealed to me in a flash of insight a couple years ago when I realized that all I had to do was abandon faulty states of mind. I could be happy simply by making up my mind that I am happy.

There are plenty of things in the world to be unhappy about. Ignorance, greed and injustice are not reasons to rejoice. However, enough snow has melted to reveal snowdrops. I am happy to see them. They remind me of my gramma, who urged me to dig a clump of the bulbs from her garden. A sad poignancy rises in my chest to remember her–she was one of my greatest friends and teachers. But I also remember the unassuming simplicity of her life and her generosity, and I aspire to live the same way. So I cherish the snowdrops. It is spring and I have everything I need.

One thought on “Equinox and Happiness”