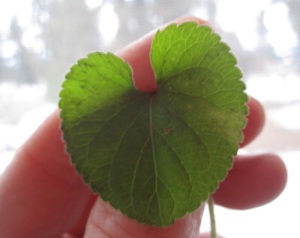 Once upon a time I had a job teaching art to kids locked up in a juvenile detention facility. It was the drabbest beige institution I have ever been in, rigidly structured and tightly controlled. Most of my students were teenage boys, and I rarely saw the same ones twice. My purpose was to lead them in a creative activity, and engage their hands and minds. Pencils were counted before and after each class. Scissors and sharp tools were not permitted. If any cutting was needed for a project, I did it beforehand. Lesson planning was challenging for me, and I let holidays and seasons give me ideas.

I wondered what to do about Valentine’s Day. Pink hearts and ribbons and glitter were not going to inspire a bunch of boys. So I told them this story.

There was a man named Valentine who lived during Roman times. He was a Christian, and Christians struggled to live under Roman rule until Emperor Constantine converted in 312 A.D. There are a couple versions of how Valentine fell afoul of the law. In those days, it was illegal for soldiers in the Roman army to marry. As a Christian priest Valentine performed weddings, and became the patron saint of sweethearts. In the other version, he was a healer and was prosecuted for practicing medicine without a license. Anyhow, he ended up in prison. He was a gentle man of faith, and was said to have healed his jailer’s blind daughter. His friends were worried about him, and sent messengers to the gate. He told them not to worry, and picked a violet leaf to give them. “Remember me,” he said. Valentine was beaten and beheaded, and died a martyr.

I had taken violet leaves to show the boys. Look at the shape, I said to them. Where do you think the shape of a Valentine heart comes from? How did this holiday become all about flowers and candy? What was Valentine’s message? Is there someone you want to remember? I handed out cards and envelopes, paper hearts and glue sticks and watercolors. Make one for someone you know and I’ll see that it gets sent, I told them. And if you don’t have anyone, make one for someone you don’t know. There’s a nursing home across the street, and there must be people in there who have no one to remember them.

The boys were unusually quiet as they set to work. Most of them made cards for moms and girlfriends. When those were finished, they started asking me for more cards and envelopes. By the end of class, I had a stack of valentines to deliver to the nursing home.

To those who say art and stories are frivolous luxuries, I would reply that they need to spend some time inside a jail. Connect with people who haven’t had an easy time. See how art and stories make us all a little more human.

I dug through the snow of my garden to find this violet leaf, and I see the heart in it. There is no Valentine sweetheart for me this year. But there are people I will remember with a card I’ve made, and I will never forget those boys. I’ll treat myself to some chocolate, and there are already flowers in the house.

How about you? Is there someone for you to remember? It’s not too late.

4 thoughts on “A Heart Story”